Abstract. The processes taking place on the friction surface of high-alloyed aluminum alloys working with steel whilst replacing bronze journal bearings with aluminum are investigated. In this regard, eight experimental aluminum alloys with an Sn content from 5.4% to 11.0%, which also included Pb, Zn, Si, Mg, and Cu, were cast. The surface and subsurface layer of experimental aluminum bearings were studied before and after tribological tests with a 38HN3MA steel counterbody by scanning electron microscopy including energy-dispersive analysis. The best aluminum alloy, which had an Sn content of 5.8% after the friction tests, showed 6.5-times better wear resistance and steel counterbody wear rate than the bronze reference. Both structural and compositional changes in the surface layer were observed. It was revealed that secondary structures formed on the surface during the friction process and included all of the chemical elements in the tribosystem, which is a consequence of its self-organization. Generally, the secondary structures are thin metal-polymer films generated as a result of the high carbon and oxygen content. The interaction behavior of some of the chemical elements in the tribosystem is shown and discussed. In addition, the influence that Sn, Pb, Cu, and C content in the secondary structures has on the tribological properties of low-tin and medium-tin alloys is shown.

Spark plasma and conventional sintering of ZrO2-TiN composites: A comparative study on the microstructure and mechanical properties

Abstract. Spark plasma sintering (SPS) is an extremely fast solidification technique for compounds that are difficult to sinter within the material group metals, ceramics or composites. SPS uses a uniaxial pressure and a very rapid heating cycle to consolidate these materials. This direct way of heating allows the application of very high heating and cooling rates, enhancing densification over grain growth promoting diffusion mechanisms allowing maintaining the intrinsic properties of nanopowders in their fully dense products. The ZrO2-TiN cermets prepared by SPS processing achieves the enhanced mechanical properties with the hardness of 15.1 GPa and the fracture toughness of 9.1 MPa∙m1/2 in comparison to standard reference ZrO2-TiN material.

Abstract. The work represents a new approach of preliminary surface treatment of replaceable polyhedral cutting ceramics inserts for significant increase of adhesion strength with deposited wear-resistant nitride ceramics. By this method the hydrojet treatment was used to repair surface defects occurring during manufacturing process of any required geometry of cutting inserts. 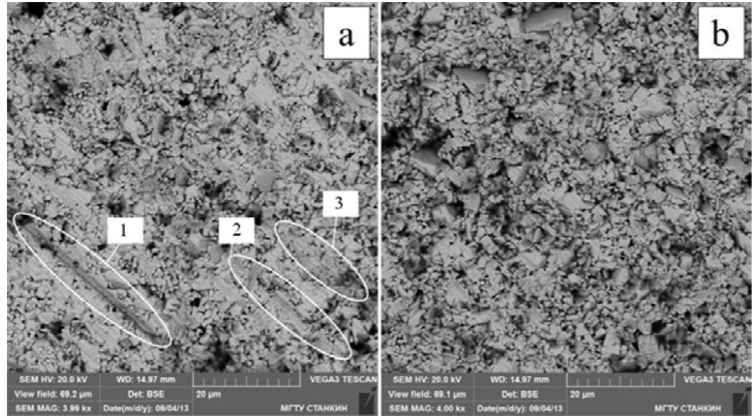